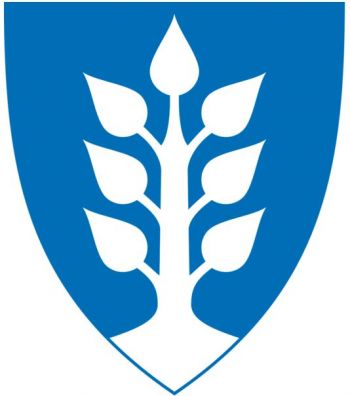 The current arms were adopted in 2018.

The arms show seven sources of water forming a tree.

The seven drops symbolize forest water flowing out into streams (for example the Lågen and Farris rivers), and further into the river that ends in the fjord. Moving water has formed the basis for ironworks, industry, salmon fishing and clean energy production. They drops also symbolise the safe harbours in the municipality. 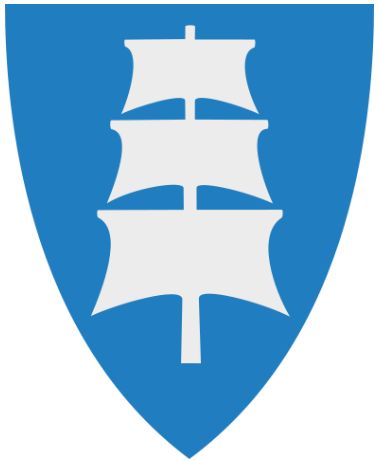 The arms how a mast with three sails to represent the maritime traditions of the municipality. 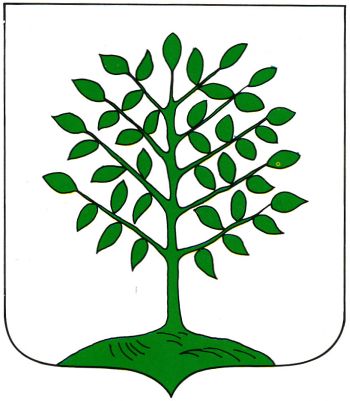 These arms are known since 1899 and show an unidentified tree. The tree probably symbolises the beech forest around the town. A (beech) tree has been used by the 18th century governor of the area, Jens Kielman, as well as in a seal of a local guild in the early 19th century.