From Heraldry of the World
Your site history : Lewin Brzeski
Jump to navigation Jump to search 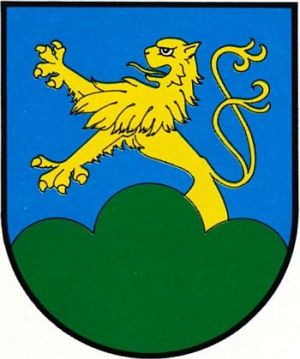 The arms of the town show a lion coming from a hill. The lion may be canting (Löwe in German, Leo in Latin, the oldest seals show the name as Leben, or Leoben).

The 15th century seals show the above image, whereas newer seals show only the lion, as did Hupp in the early 20th century.