From Heraldry of the World
Your site history : Lippe (Principality)
Jump to navigation Jump to search 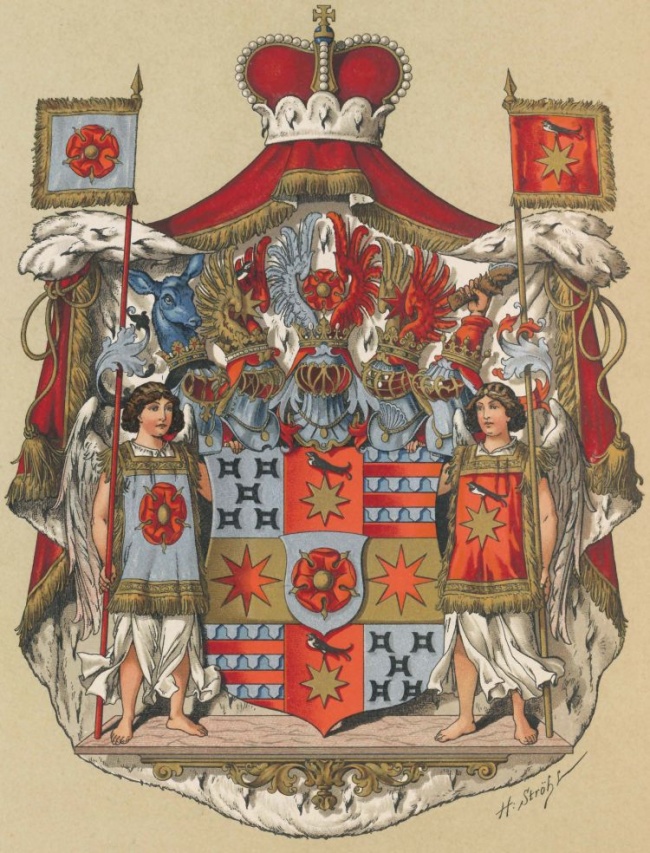 In 1714 Count Friedrich Adolf of Lippe applied for the title of Prince (Fürst) of Lippe. It was not, however, until 1789 that Leopold I was granted the title. The new principality thus needed new arms.

The new arms should, as was custom at the time, reflect all the territories and titles of the new Prince. The first proposal was quartered with the arms of Schwalenberg/Sternberg (in red a golden star, on which a silver bird and in gold a red star respectively) and the old arms of the Lippe dynasty as an escutcheon. The original Lippe arms are a red rose, pointed green, on silver. <

The third proposal was even more complicated with additions of Varenholz, Diepholz and Engern.

Finally it was decided to use another combination of the fields in the second proposal, combined with the old supporters of Lippe and the new crown. The arms were finally adopted late 1789. The arms above are thus a combination of : Vianen (showed more like chains) in I and VIII, Schwalenberg in II and VII, Ameide in III and VI, Sternberg in IV and V, with Lippe as an escutcheon. The supporters are two angels, dressed as heralds of Lippe and Schwalenberg.

The Free State used the arms as shown below with only the rose : 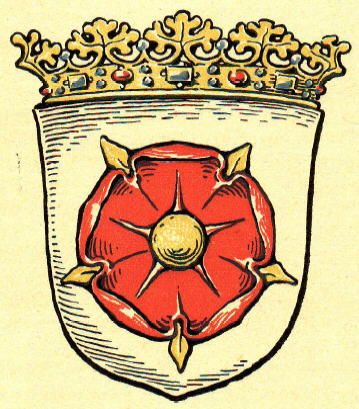