From Heraldry of the World
Your site history : Moha (Wanze)
Jump to navigation Jump to search 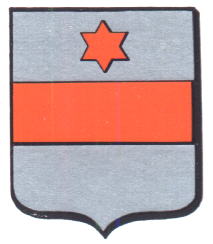 The arms were officially granted on September 28, 1927.

The arms are taken from the seal of the village from the early 18th century. The origin, however, is not known. Even though the town was part of the Moha county, it used its own seals.