From Heraldry of the World
Your site history : National Arms of Cape Verde
Jump to navigation Jump to search 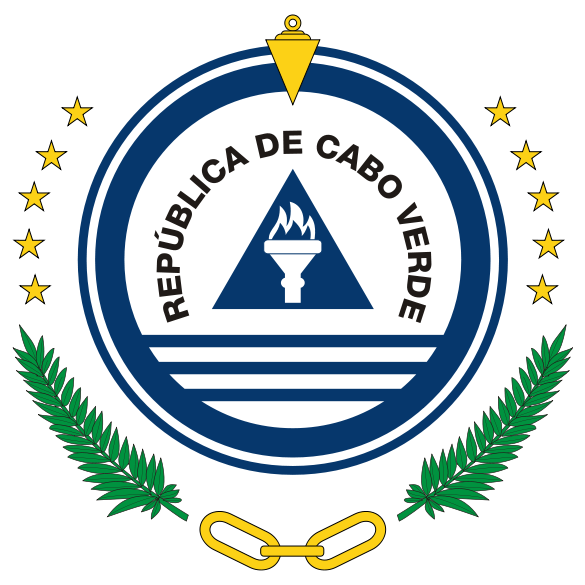 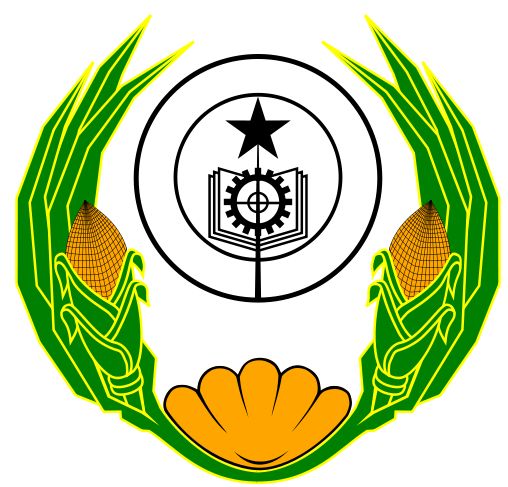 In June 1932 the first arms for the Portuguese colony of Cape Verde were designed and proposed to the Ministry of Colonies. The arms follow a centralised pattern with a bordure with the castle of Portugal and a cross as used by the Portuguese discoverers. For each province a separate symbol was used as the main charge. For Cape Verde a ship was chosen. The reason thereof is not known. These arms were, as far as I know, never officially adopted and replaced in 1935.

On May 8 1935 the then Portuguese colony received its first arms. The arms again follow the general design of the Portuguese colonies, the shield placed on an armillary sphere, crowned with a mural crown with five towers and in the shield the five shields of Portugal. The left half of the arms shows a ship for the Cape Verde islands. 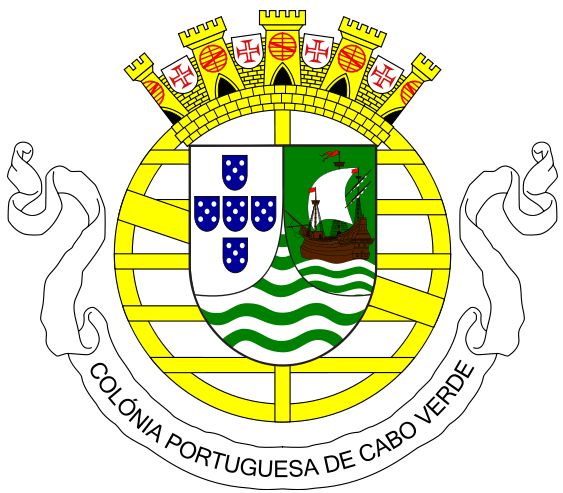 The initial arms showed as legend Colonia Portuguesa de Cabo Verde, but after the reform in 1951 the legend was changed to Provincia de Cabo Verde.