From Heraldry of the World
Your site history : National Arms of Greenland
Jump to navigation Jump to search

THE NATIONAL ARMS OF GREENLAND 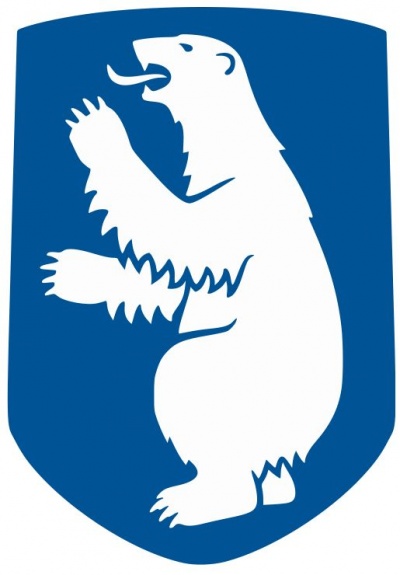 The bear is known as the arms for Greenland since the 17th century, when King Frederik III collected the arms of all this territories, which included Greenland. This was surprising, as there were no Danish officials on the island until 1721. The island was inhabited first by Europeans in the year 1000 by Icelandic settlers. These Europeans or Norsemen disappeared in the second half of the 15th century.

From the end of 16th century onwards many European countries sailed to Greenland for whaling, mainly British and Dutch. These countries never tried to built longtime settlements on the island. The Danes started this in the 18th century. The claim of Frederik thus was based on the Norsemen, as Iceland at the time was a Danish possession. The colours are also known since 1666 and have not changed.

Until the Greenlandic Home Rule the bear had his right paw raised, instead of the left paw, which is the normal pose for heraldic animals. The bear is also part of the Danish National Arms, with the right paw raised. But, as Greenlanders have found out by experience, a polar bear normally attacks with his left paw. It is therefore more logical to have the left paw raised.