From Heraldry of the World
Your site history : National Arms of Indonesia
Jump to navigation Jump to search 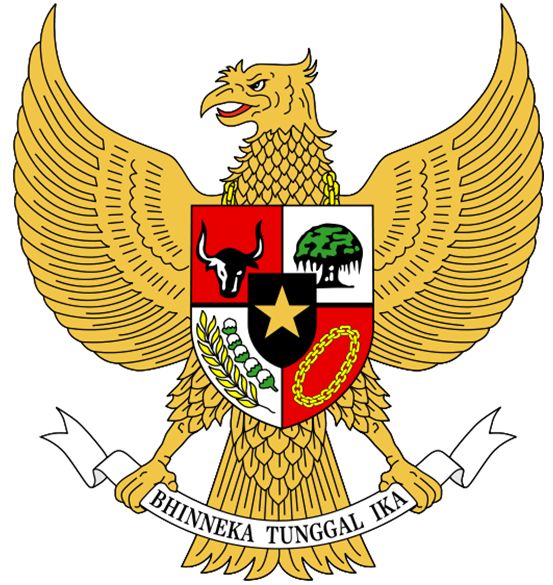 The four quarters symbolise the following :

The small black line on the shield symbolises the equator.

Another mail informed me that the arms show the five national principles collectively known as Pancasila:

The supporter is the national bird, the Garuda, a semi-mythological bird, endemic to Indonesia from the Eagle family. The 17 feathers on each wing symbolise the date, 8 feathers on the tail symbolise the month, and 45 feathers all over the body symbolise the year of independence (August 17, 1945).

The motto: Bhinneka Tunggal Ika, is taken from Sanskrit, and means "Unity in Diversity" .