From Heraldry of the World
Your site history : National Arms of Liberia
Jump to navigation Jump to search 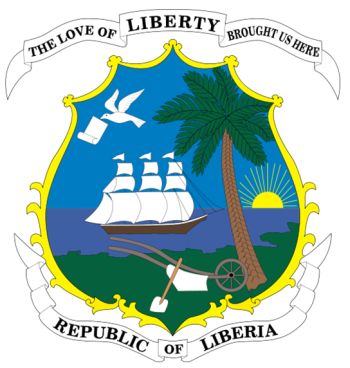 The arms are not heraldic in style, but show a coastal landscape with sun, ship, plough and peace dove. The composition describes the foundation of the country; the released slaves came by ship from America to the new land and started to develop the land (plough). The dove is a general symbol of peace.

The motto "The love of liberty brought us here" refers to the liberated slaves finding a new country.