From Heraldry of the World
Your site history : National Arms of Senegal
Jump to navigation Jump to search 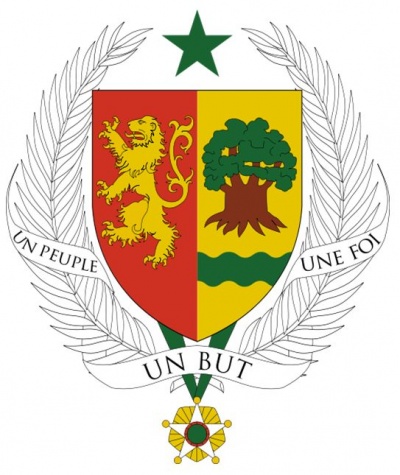 The arms show a lion and a baobab tree with a wavy bar. The arms are surrounded by a laurel wreath and the National Order of the Lion (Ordre National du Lion). The motto is Un Peuple – Un But – Une Foi (One People - One Goal - One Faith).

The lion represents the Northern part of the country and is a symbol of strength and power. The lion was also used by the traditional rulers in the area as their symbol. The baobab tree is a common tree in the country and often the center of a village. The baobab is also an important food tree (fruits). The wavy bar is the Senegal river.

The green star is a common element in Africa and represents hope, as does the green colour.

The first arms were used by the Autonomous Republic of Senegal 1958-60, see image below. 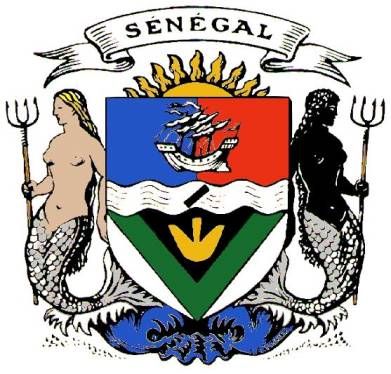 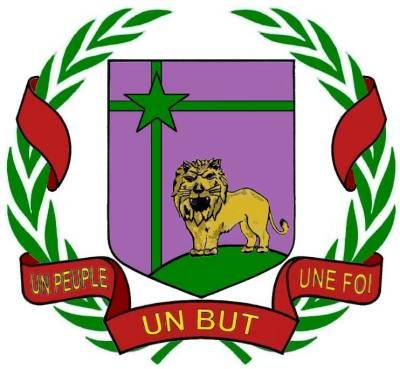