From Heraldry of the World
Your site history : National Arms of Singapore
Jump to navigation Jump to search

NATIONAL COAT OF ARMS OF SINGAPORE 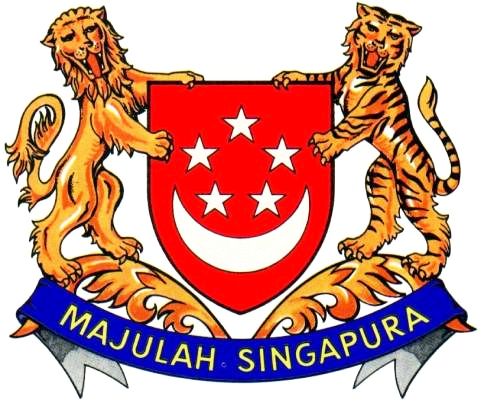 The national arms were adopted in 1959.

The arms are derived from the national flag and show the nation (moon) pursuing five ideals : democracy, freedom, prosperity, justice and health. The lion represents the name of the country (lion-city), the tiger the relation with Malaysia.

The motto Majulah Singapura is Malay for "Onward Singapore" and was derived from the arms of the city from 1948 (see below).