From Heraldry of the World
Your site history : National Arms of Togo
Jump to navigation Jump to search

NATIONAL COAT OF ARMS OF TOGO 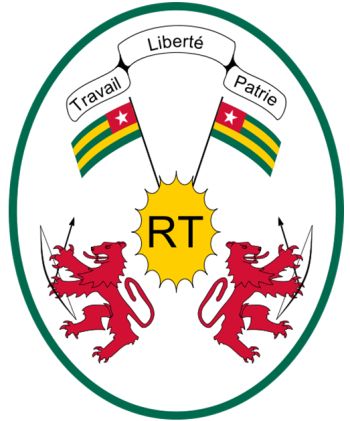 Togo does not use proper arms, but the above state emblem, which was adopted on March 14, 1962 and more clearly described in 2008.

The emblem shows two red lions, which symbolize the bravery of the people. The bow and arrow call for all citizens to be active in the defense of freedom of the country. Between the lions is a golden shield with the letters RT (République Togolaise). Above the flag of Togo is displayed twice. On the ribbon stands "Travail, Liberté, Patrie" (Work, Liberty, Homeland)

Togo was created as a German colony Togoland in 1884. The colony was occupied in 1914 during WWI and finally in 1922 divided by France and the United Kingdom. The French part received independency in 1960 as Togo.

The German colony used arms in a similar design as the other German colonies; a chied with the Imperial eagle and in the base a local symbol. For Togo a palm tree and two snakes were chosen. 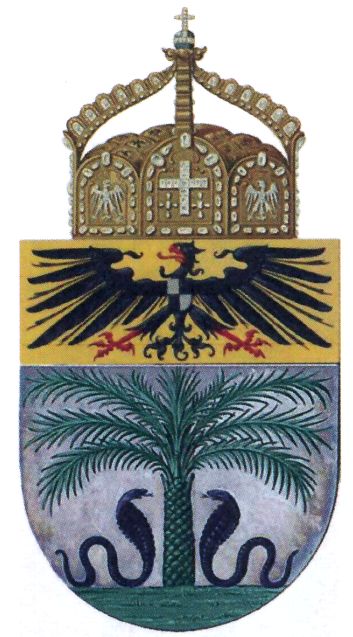