From Heraldry of the World
Your site history : National Arms of Tonga
Jump to navigation Jump to search

NATIONAL COAT OF ARMS OF TONGA 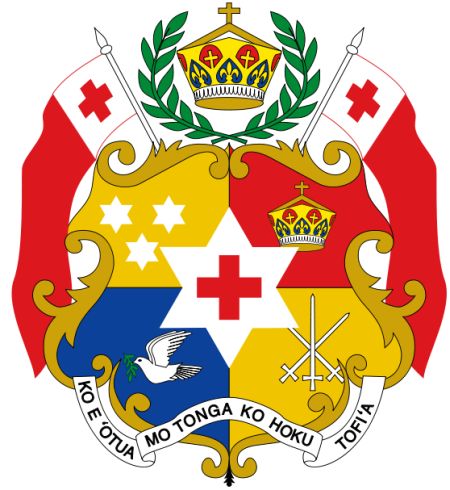 The arms were designed in 1862 by Prince Uelongatoni Ngu Tupou and are identical to the Royal arms.

The tree stars in the first quarter represent the three main groups of islands in the kingdom. The kingdom itself is symbolised by the crown in the second quarter. The dove in the third quarter symbolises Christianity and the swords in the last quarter symbolise the three Royal dynasties. The white star and red cross in the centre of the shield are the national symbols. The motto : 'Koe otua mo Tonga ko hoku tofia' can be translated as 'From God and Tonga I descend'.