From Heraldry of the World
(Redirected from National arms of Barbados)

Your site history : National Arms of Barbados
Jump to navigation Jump to search 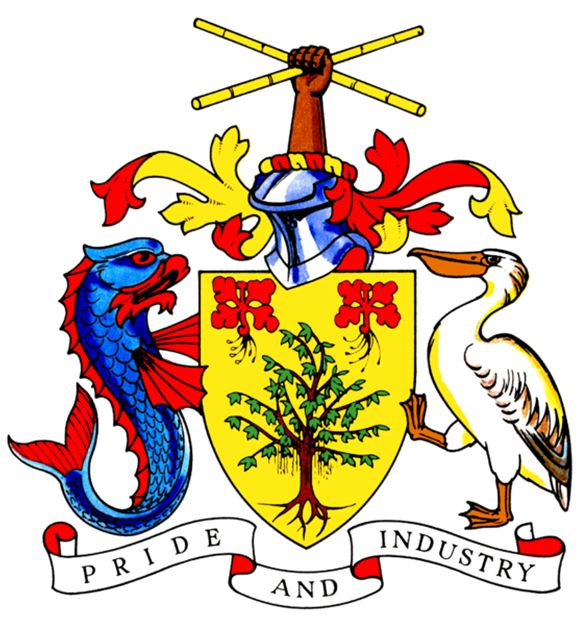 The arms were officially adopted on December 21, 1965.

The arms show two important flowers: the tree is a fig tree, Ficus barbata, from which the name of the islands was derived (from Portuguese Los Barbados), as well as an orchid, the Pride of Barbados. On the helmet is placed an arm with two sugar cane stems. Sugar cane was the major source of income for the island (today it is tourism). The supporters are a (heraldic) dolphin, which symbolises the fisheries, as well as a pelican, a symbol for the former small Pelican Island, which is now part of the main island.

Prior to 1965 the islands used as a symbol a badge with an image of Brittania shown with a trident like Neptune, god of the seas. When the badge was adopted I don't know. 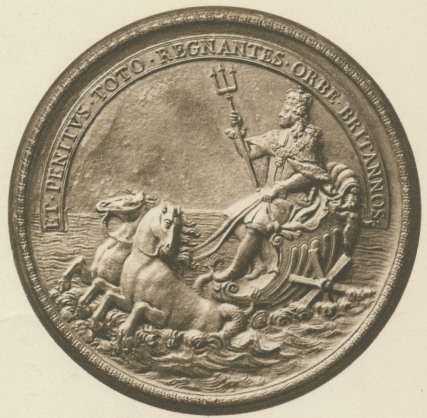