From Heraldry of the World
Your site history : Special:Search > Nederboelare
Jump to navigation Jump to search 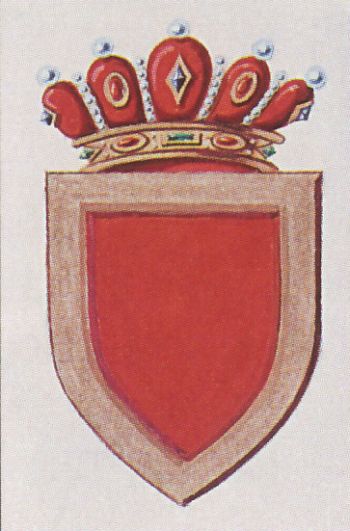 The arms are identical to the arms of the former Barons of Boelare. The barony was first mentioned in the 11th century and a Etienne van Boelare was mentioned in 1095. The family was considered to belong to the Flemish high nobility in the 11th and 12th centuries. The estate of Boelare became a possession of other families in the 13th century, due to different successions.

The municipality was first granted arms by the Dutch government on August 4, 1818. These arms were rather different. The arms showed in blue a golden tree, standing on a golden base. In front of the tree was a sitting golden dog, holding between its front paws a golden shield, with another tree, and a man tearing a branch of this tree, all in blue. The meaning of these arms is not known. As the local council applied for these arms in the early 19th century, they did not mention the colours. Hence all arms without specified colours were granted in the Dutch national colours, blue and gold.