From Heraldry of the World
Your site history : Nevele
Jump to navigation Jump to search 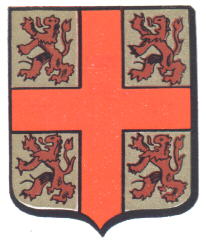 As colours were not known, they were chosen arbitrarily.