From Heraldry of the World
Your site history : Nieuwerkerken (Aalst)
Jump to navigation Jump to search 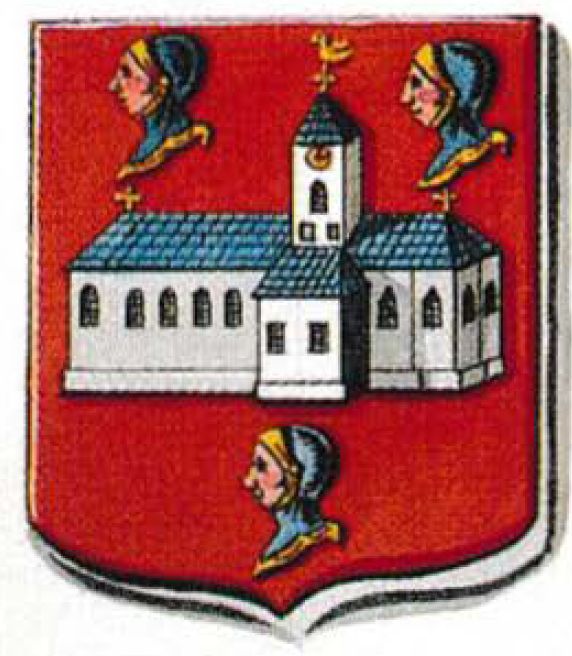 The arms are a combination of a canting church (Kerk) and three heads. The heads are derived from the arms of the Lords of Wapenaert. In 1821 Jan van Wapenaert became mayor of Nieuwerkerke and he placed the symbol of his family in the new arms. There are no historical seals known for the council of Nieuwerkerken, so the arms were newly devised in the 1830s.