From Heraldry of the World
Your site history : Northern Territory
Jump to navigation Jump to search 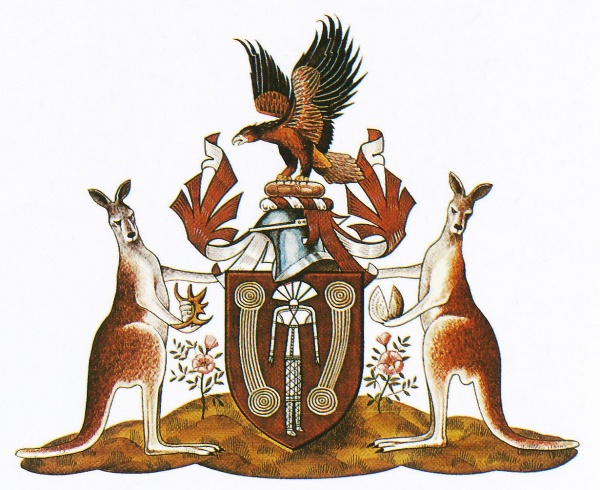 The arms show Aboriginal motifs. The female figure is derived from a sacred rock in Arnhem Land. The other symbols are simplified Churunga, or sacred map-like drawings, which have a special meaning to the owner.

The crest shows the wedge-tailed eagle, the territories' bird on an Aboriginal rock.

The red kangaroo is the territories' animal and the Sturts desert rose the official plant.