From Heraldry of the World
Your site history : Oldenburg (State)
Jump to navigation Jump to search 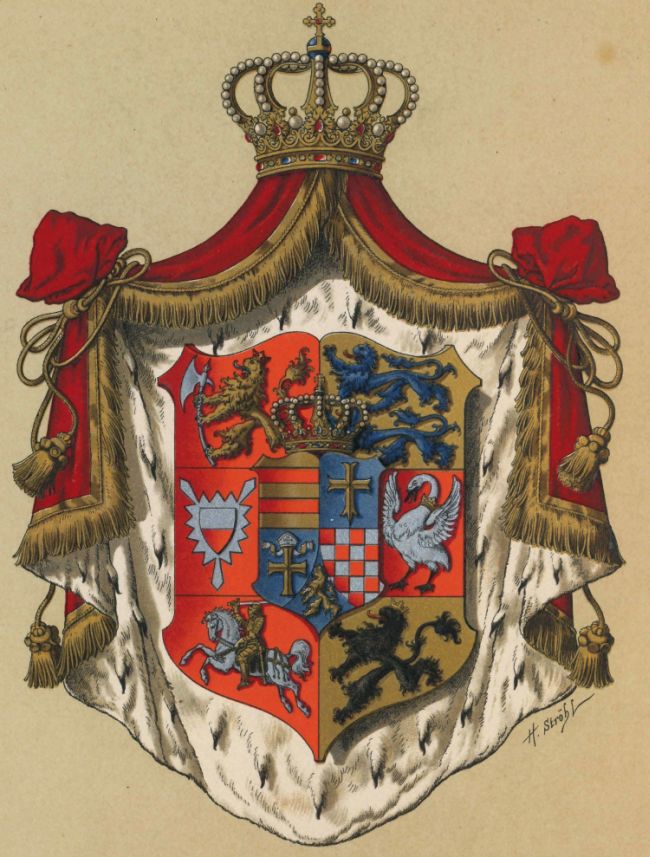 As Oldenburg was occupied by Napoleon between 1810 and 1813 the Dukes of Oldenburg only ruled in Lübeck, which was not occupied.

The arms of the Grand-Duchy of Oldenburg are shown above.

Jever was an Estate in the North of Germany. In 1575 it was acquired by the Counts of Oldenburg. In 1667 it became part of Anhalt-Zerbst and in 1793 by Russia. In 1818 the area became again part of Oldenburg.

In 1918 the former Grand-Duchy (all three parts) became a Free State (republic).

The Free State used as arms the old arms of Oldenburg quartered with the cross of Delmenhorst, see below. These arms later became the arms of the Landkreis Oldenburg.

In 1937 Preussen acquired Lübeck and Birkenfeld. Oldenburg proper remained a free State until 1946.