From Heraldry of the World
Your site history : Orneta
Jump to navigation Jump to search 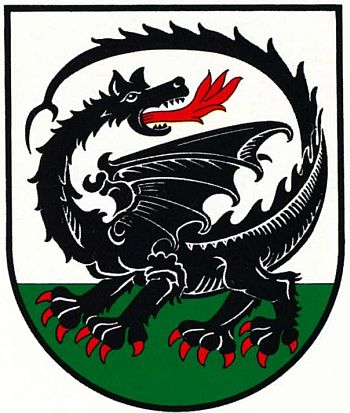 The arms show a dragon or worm, a canting element for the German version of the name (Wormditt). The worm already appears on the oldest seal of the city, known since 1388. All later seals and images show a worm or dragon, but the actual shape differs widely.

There is a local legend that there was a large dragon living in a cave under what is now the town hall. He devoured animals, women and children. He was finally killed by a knight.