From Heraldry of the World
Your site history : Polanów
Jump to navigation Jump to search 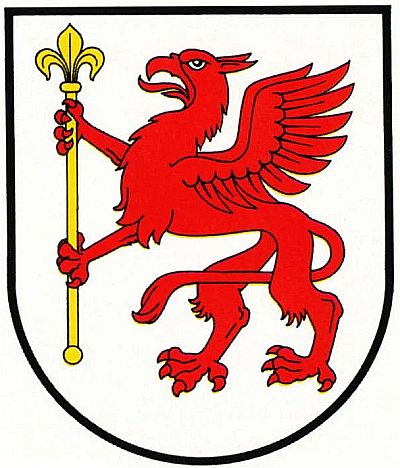 Polanow became a city in 1613. Before 1613 the seals of the town showed only the griffin of Pommerania. After 1613 the scepter in the front paws was added. It is probably added by the Lords of Glasenapp, who granted the city rights, to distinguish the arms of the city from the arms of Pommerania. Ever since the seals have shown the griffin with the scepter, except a seal from 1819 which was based on an older seal from before 1613 (which shows only the griffin).