From Heraldry of the World
Your site history : Pori
Jump to navigation Jump to search 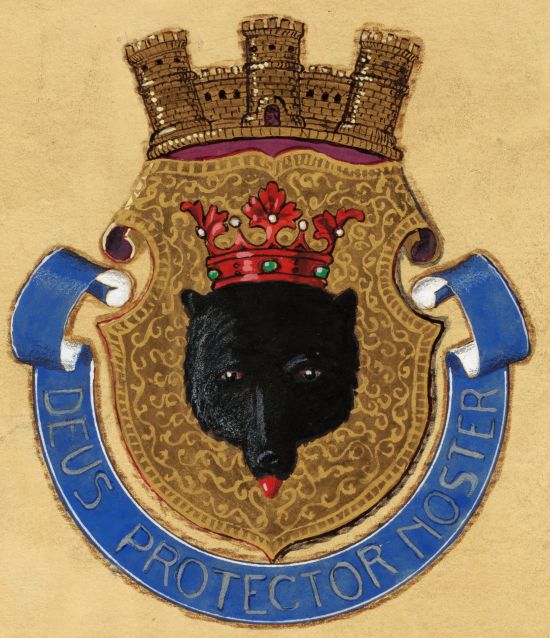 Pori was founded as a city around the village of Ulfsby in 1558 by Duke Johan of Finland (later Johan III of Sweden), who named the new city Björneborg, or bear-city. The arms were granted in 1564, but were not used for a long time. The oldest seal of Ulfsby date from the 16th century and shows the letter W. After the new arms were granted the new city had a seal with the arms above a shield with the letters BSS (Björneborgs Stads Sigill, seal of the city of Björneborg), see below. 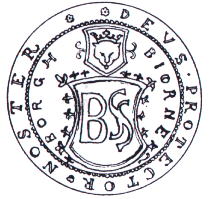 The arms, however disappeared already in the 17th century. Instead the city used until the early 20th century different seals with either the canting bear alone, or the bear below a church or city hall, making the arms more canting. Small seals of the city showed a resting bear in front of a city hall, see below.

In the late 19th century two proposals were made for new arms of the city, both based on the old seals, one with the resting bear in front of a city hall, and one with the same composition combined with a standing bear, see below. 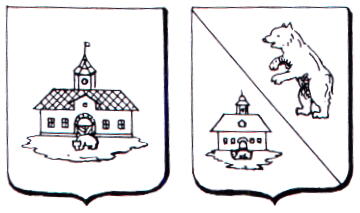 Proposals for new arms from 1876. The new proposals were never adopted by the city. The present arms were granted on December 11, 1931 and are based on the oldest known arms. The motto means 'God is our protector' and is taken from the arms of Duke Johan. It is the only motto in Finnish arms.