From Heraldry of the World
Your site history : Poznań
Jump to navigation Jump to search 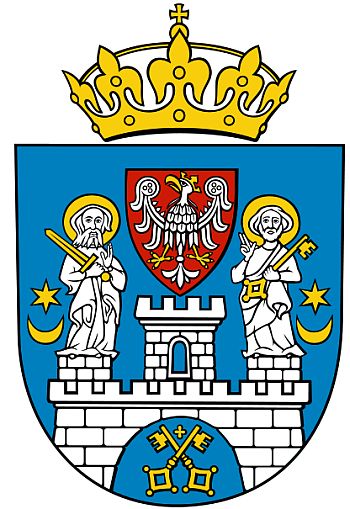 The arms of Poznan show St. Peter and St. Paul on the city walls. The two crossed keys are the symbol of St. Peter. The small shield with the eagle is the arms of the Piast dynasty, the first royal family of Poland 950 - 1372.

The arms already appear on the seals of the city from the early 14th century and have basically not changed since. Only the colour of the shield has sometimes been shown as red.