From Heraldry of the World
Your site history : Principality of Brandenburg-Ansbach
Jump to navigation Jump to search

PRINCIPALITY OF ANSBACH - MARGRAVIATE OF BRANDENBURG-ANSBACH 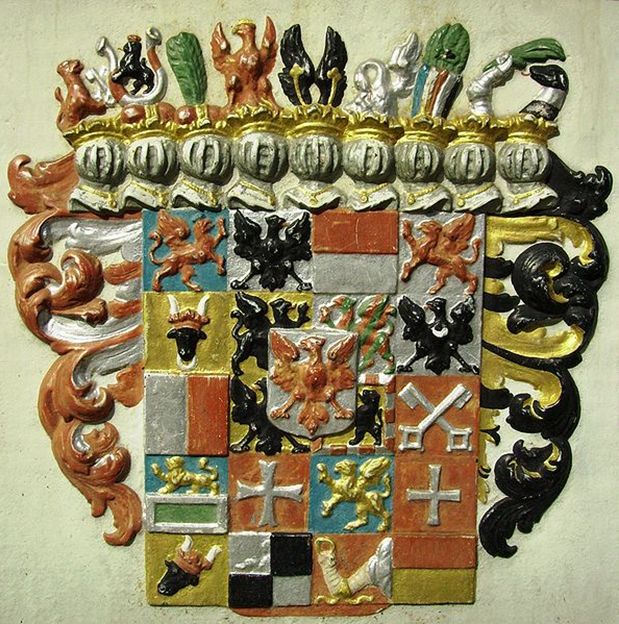 The principality was established at the death of Burgrave Frederick V of Nürnberg on 21 January 1398, when his lands were partitioned between his two sons. The younger son, Frederick VI, received Ansbach and the elder, John III, received Bayreuth. After John III's death on 11 June 1420, the two principalities were reunited under Frederick VI, who had become Elector Frederick I of Brandenburg in 1415.

Upon Frederick I's death on 21 September 1440, his territories were divided between his sons; John received Bayreuth (Brandenburg-Kulmbach), Frederick received Brandenburg, and Albert received Ansbach. Thereafter Ansbach was held by several branches of the House of Hohenzollern, and its rulers were commonly called Margraves of Brandenburg-Ansbach.

On 2 December 1791, the reigning Prince and Margrave of Ansbach, Christian Frederick, who had also succeeded to Bayreuth, sold the sovereignty of his principalities to King Frederick William II of Prussia, and Ansbach was formally annexed to Prussia on 28 January 1792.

The arms of the principality have always been very complex. The original arms are supposedly been black double-tailed, red crowned, lion on a golden field, but already from very early on, the Princes have quartered these arms with all the (former) territories in their possession, as well and claims to different territories. This resulted in complex arms as shown above, which shows the arms in the early 18th century.

After 1769 the arms became even more complex, with 33 fields and 13 helmets and crests. These new arms included claims of dioceses and other territories, which were often actually held by other branches of the Hohenzollern dynastty.

The complex arms could be seen on a coin from 1777, as shown below. 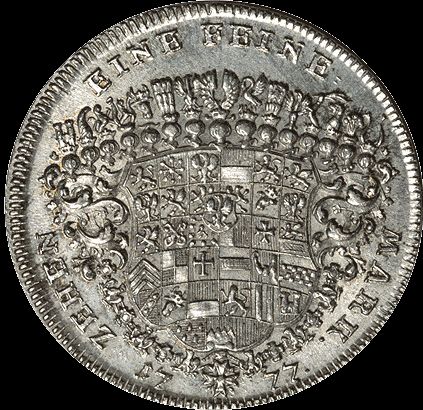