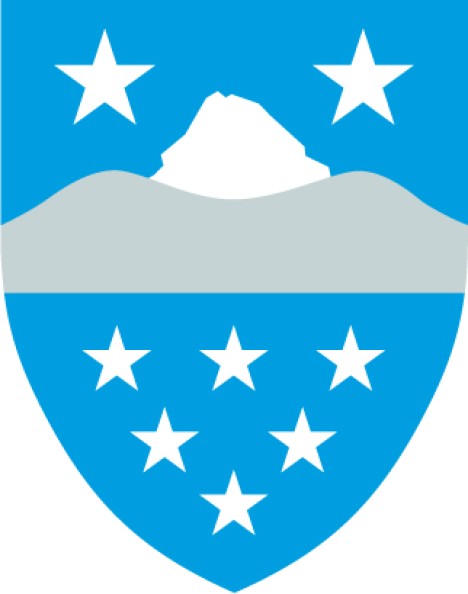 The arms show the mountains and an iceberg, symbolising the land and the sea in the municipality. The two main stars symbolise the two former municipalities and main towns, the lower six stars the six other villages in the new municipality.

The arms were the result of a contest, in which over 75 different designs were competing. Many of these were not of any heraldic origin and thus were easily discarded. Below the proposals of heraldic origin. Many designs are based on elements of the two former municipalities, others have completely new elements.

Literature : Images of contest from " http://www.qeqqata.gl/Forslag/tabid/56/AlbumID/375-2/Page/0/language/da-DK/Default.aspx