From Heraldry of the World
Your site history : Quakenbrück
Jump to navigation Jump to search 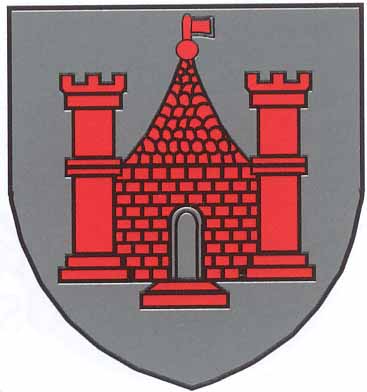 The village developed around the castle built in the 13th century by the Bishops of Osnabrück. The vassals living on the castle used a seal, which is known since 1286. It shows a two-towered castle in Gothic style.

In the next seal (known since 1401) the tower has an open gate and is flanked by two trees. The present arms are based on the oldest seal, but show a more modern castle.