From Heraldry of the World
Your site history : Queichheim
Jump to navigation Jump to search 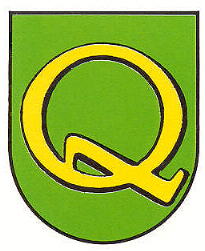 The arms were never granted, but were often used until 1937.

The arms simply show the letter Q, and have been used on the local seal since the 19th century.