From Heraldry of the World
Your site history : Quirnbach
Jump to navigation Jump to search 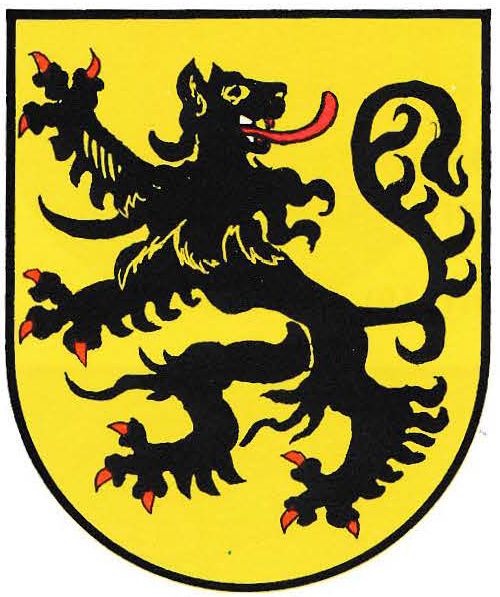 The arms are based on the oldest known seal of the village, dating from the middle of the 18th century. The lion most likely is the lion of the Pfalz and Hupp showed the arms in the 19th century in the colours of the Pfalz (above left). To avoid confusion with other similar arms, the arms were granted in 1937 in inverted colours.