From Heraldry of the World
Your site history : Radlje ob Dravi
Jump to navigation Jump to search 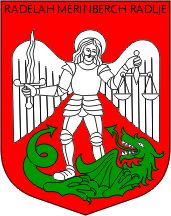 The arms show the Archangel St. Michael over a dragon. St. Michael is the patron saint of the town and was originally shown on the seal of the church, which was later taken as the symbol of the town.

The arms as shown by Kobel and Pirchegger, 1954: 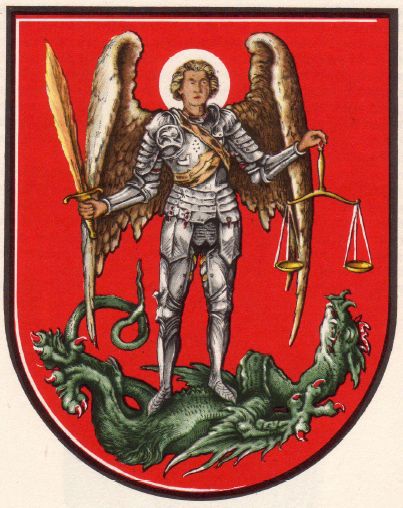