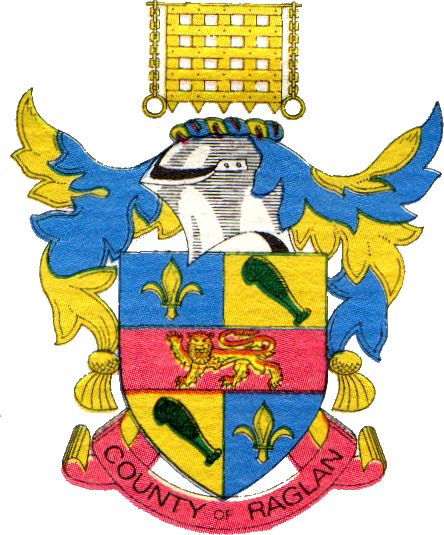 
The first and fourth quarters are derived from the quarterings of France modern and Lord Raglan's arms from the Beaufort family. The three lions of England shown in the second and third quarterings of the Beaufort arms is reduced to one and placed in the centre of the shield. The second and third quarters show a Maori mere (combat club) to illustrate the prominent part played in the community by the Maori Chiefs. The helmet above the shield, which replaces the Baron's Crown, is that of an esquire which in heraldry is attributed to local authorities. The crest is a portcullis of gold and is the badge of the Beauforts and Tudors, the first Lord Raglan being the younger son of the Duke of Beaufort.