From Heraldry of the World
Your site history : Reet
Jump to navigation Jump to search 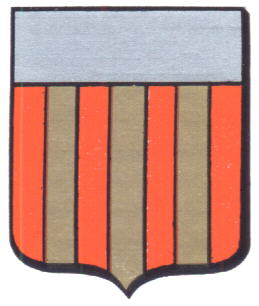 The arms are probably based on the arms of the Berthout family, who used the arms without a chief and in revered colours (see Mechelen), as the area historically belonged to the Land van Mechelen, which was ruled by the Berthout family in the early medieval times.

The arms of Reet appear for the first time on the seal from 1690 as part of the arms of the della faille family, at the time Lords of Reet.