From Heraldry of the World
Your site history : Rekkem
Jump to navigation Jump to search 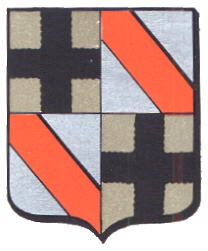 The arms were never officially granted.

The arms were used on the municipal seal. The meaning is not known. It can be seen on a window in the church of Kortrijk and may be derived from the arms of a branch of the De Hennin de Vallée family, who used similar arms.