From Heraldry of the World
Your site history : Rossignol
Jump to navigation Jump to search 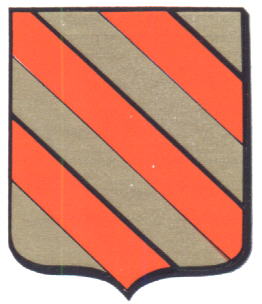 The arms are derived from the arms of the Philoméla family. The first time a member of the family was mentioned in relation to Rossignol was in 1271. The family owned the estate until the 16th century. The arms of the family were first shown in a roll of arms from 1477. In 1951 the local council applied for the old arms to be used as arms of the municipality.