From Heraldry of the World
Your site history : Scherpenheuvel
Jump to navigation Jump to search 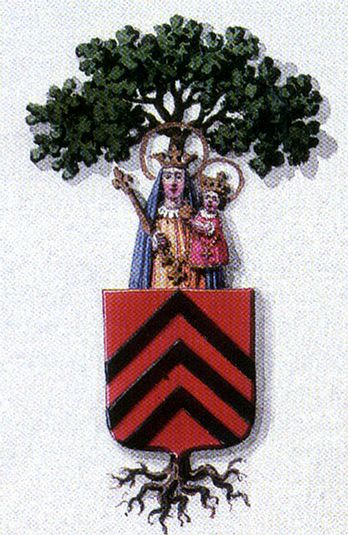 The arms were granted on April 11, 1843.
Tthe complete arms show St. Mary as supporter standing behind the shield and in front of a tree.


The arms show the three chevrons derived from the arms of the Lords of Zichem, as the village historically belonged to Zichem. Why the colours were changed in 1843 is not known.


The oldest use of arms for Scherpenheuvel dates from 1660, and were shown on a map. The arms showed only the patron saint, St. Mary. On the only known seal of the village, dating from the late 18th century the composition of the above arms was seen.