From Heraldry of the World
Your site history : Sophiental
Jump to navigation Jump to search 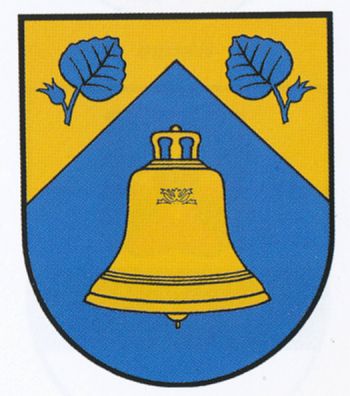 The arms show a point symbolising the estate built in 1724 by Duchess Elisabeth Sophie Marie von Braunschweig, of which only part remains. The village developed around the estate. The bell symbolises a gift of the duchess to the church in Fürstenau, but since 1896 it is the main bell of the local church. The hasel leaves symbolise the local nature, as well as many place names referring to hasel trees. The colours are those of the State of Braunschweig, to which the area historically belonged.