From Heraldry of the World
Your site history : Stirlingshire
Jump to navigation Jump to search 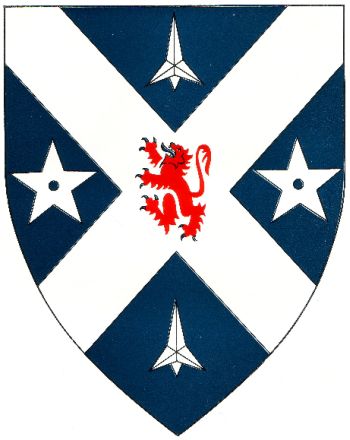 The arms show the Scottish cross of St. Andrew, with the Scottish lion in the centre. The caltrops and the sprur rowels symbolise the famous battle of Bannockburn, which took place in the county in 1314. It was the most devastating victory of the Scottish over the English. The county thus played a mayor role in the Scottish history, which explains the use of the Scottish symbols.