From Heraldry of the World
Your site history : Stranraer
Jump to navigation Jump to search 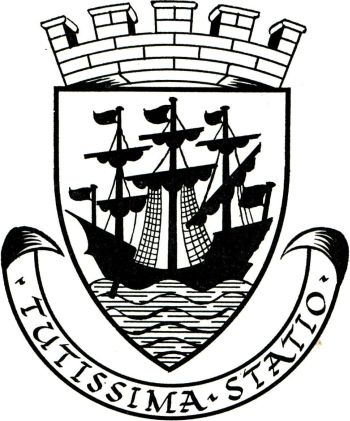 Argent, in the sea Proper, a ship with three masts riding at anchor Sable.

The arms were officially granted in 1673.

Stranraer was created a Burgh of Barony in favour of Ninian Adair of Kinhilt in 1595.

The arms are characteristic of a seaport; the Lyon Office was fond of black ships for quite a long period. The Latin motto-"The safest station"-obviously refers to the safe anchorage which Loch Ryan, on which the town stands, offered to sailing vessels.

The Burghal coronet was added in 1948 on the suggestion of the Lyon Office and was included by the Herald Painter in a drawing specially commissioned in that year.