From Heraldry of the World
Your site history : Tallinn
Jump to navigation Jump to search 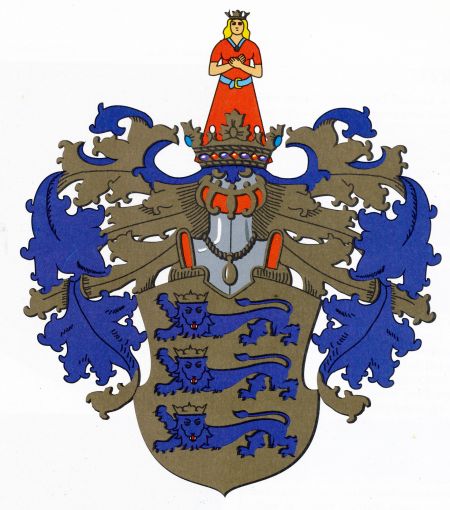 Tallinn has 3 different coat of arms which are used in different cases and have their own history and legends.

The history of the main coat of arms of Tallinn begins in the XIII century. The three crowned blue lions are derived from the arms of the Danish king Waldemar II (1202-1241), the first ruler of the town. In 1788 Russian empress Catherine II corroborated the big coat of arms together with its mantling and crest. During the years 1940-1988 it was not in use. The crest shows a women, which according to different versions of history is symbolising the virgin Maria or a queen - some source even refer to the queen of Denmark - Margarete (1387-1412).

The middle arms are identical to the arms above, without the mantling and crest.

The small coat of arms shows a silver Latin cross on a red background and is derived from the Danish national flag the Dannebrog, which, according to the legend, fell from the sky during the battle of the castle between Danes and Estonians in 1219. Nowadays it is allowed to use the small arms on the buildings to which it historically belonged and only with permission of City Government. 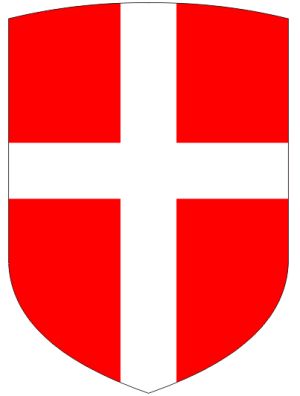 The arms as used in the city: