From Heraldry of the World
Your site history : Thisnes
Jump to navigation Jump to search 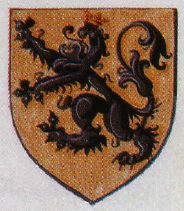 The oldest sels of the town can be found on a charter from November 15, 1361. It shows the lion of Namur, as Thisnes was a possession of the Counts of Namur. On later seals (dating from 1403-1477) the bend on the namur arms was removed and only a lion was used. Based on these seals the arms were granted in 1930.