From Heraldry of the World
Your site history : Tielen (Kasterlee)
Jump to navigation Jump to search 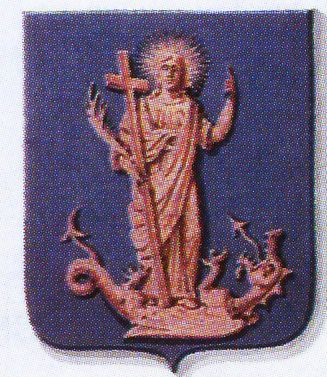 The arms show St. Margaret killing the dragon. She is the patron saint of Tielen since the 15th century.
The colours are the Dutch national colours, as in 1813 the municipality did not mention any colours when applying for the arms. After the Belgian the arms were confirmed, but the colours were not changed.