From Heraldry of the World
Your site history : Tirol (municipality)
Jump to navigation Jump to search 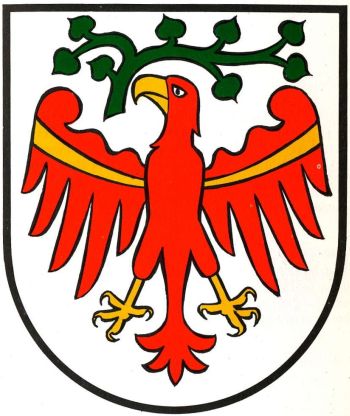 The arms were officially granted on May 18, 1970, but are of medieval origin.

In Tirol was the founding castle of the Lords, later Counts of Tirol (Tyrolia). The Tyrolean eagle is very common in arms of Tyrolean municipalities and is still used as the arms of the Austrian state of Tirol.
The branch was added in 1970.