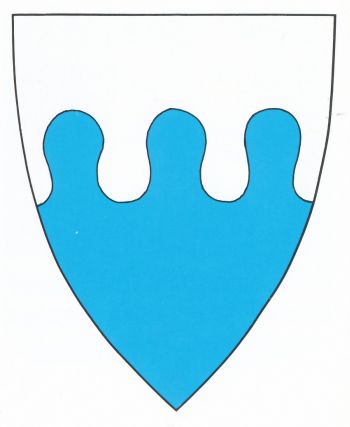 The arms show the sea and the coastline near the village, which is characterised by large rounded boulders dating from the ice age. The division line in the arms is symbolising these boulders.