From Heraldry of the World
Your site history : Urloffen
Jump to navigation Jump to search 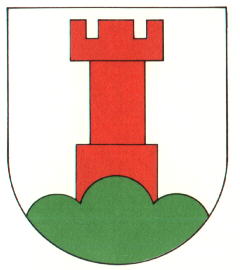 In 1900 the State Archives proposed three different arms for the village. The first showing the old local village symbol; the second a goose, symbol of St. Martin the local patron saint, and a third showing a tower. The council adopted finally the composition with the tower, a symbol for the local castle, which was already mentioned in 1150.

The only seal of the village, known from the early 19th century, showed the image of St. Michael killing a dragon. This was the symbol of the Appenweier region, to which the village belonged at the time, see also Appenweier.