From Heraldry of the World
Your site history : National arms of Belgium > Vlaamse Gemeenschap
Jump to navigation Jump to search 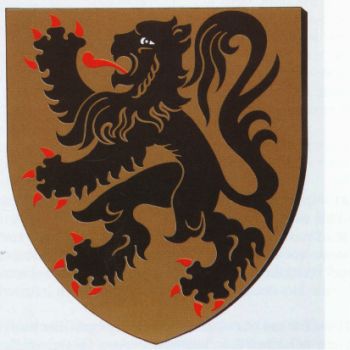 The arms show the lion of Vlaanderen (Flanders), which has been used by the Counts of Vlaanderen since the late 12th century, and which later became the symbol of the county and its successors.

The Flemish Community first received its flag on July 6, 1973, showing the Flemish lion, but no arms were granted at the time. The symbols of the community were again described on July 11, 1985, April 13, 1988 and November 7, 1990, but the official blazon and picture of the arms were granted in 1991.