From Heraldry of the World
Your site history : Vrhnika
Jump to navigation Jump to search 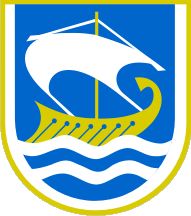 The arms show the famous Argo boat, used in the Greek mythology by the Argonauts. The Argonauts supposedly carried their boat over the beach near the town of Vrhnika.