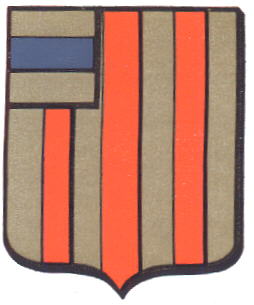 The arms were officially granted on April 3, 1849.

The arms are those as described in the book 'De trofeeën van Brabant' from 1652. These are the arms of the Barony of Duffel, to which Walem historically belonged, and are derived of the arms of the medieval Berthout family. The free quarter supposedly represented the arms of Grimbergen. However, these arms have never historically been used by the council or the Lords of Walem, they only appear in the abovementioned book.