From Heraldry of the World
Your site history : Walsall
Jump to navigation Jump to search 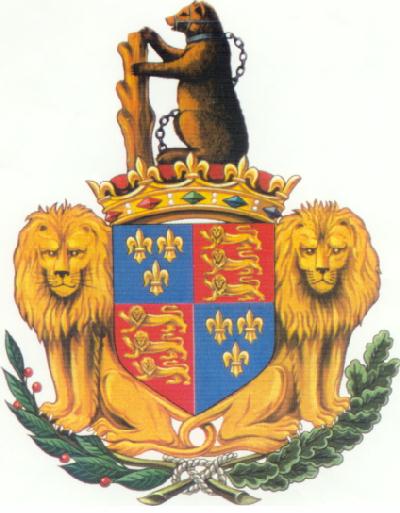 Walsall uses a coat of arms based on a 15th Century seal. As these feature the Royal Arms, they have never been officially approved. The shield itself shows the Royal Arms as used until 1603. The crest shows the bear and staff associated with the Earls of warwick and thus Warwickshire.

The supporters are sitting lions, their backs to the shield. Their tails are intertwined. the design is completed by a branch of laurel and a branch of oak tied together with a Stafford knot, the emblem of Staffordshire.