From Heraldry of the World
Your site history : File:1237a.wsa.jpg > Wappen-Sammlung
Jump to navigation Jump to search 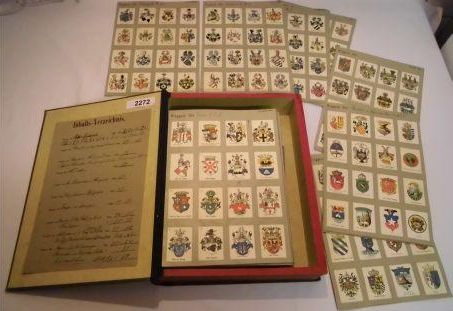 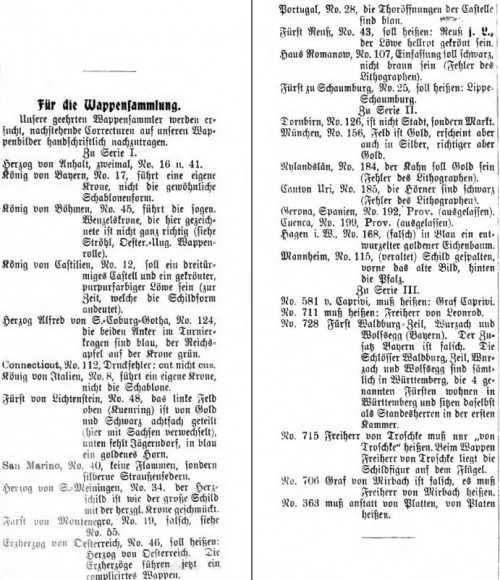 Some images have been published twice when the arms were changed, see the different subsections.

This is a huge collection of stamps with the arms of countries and families, issued around 1898-1920. The total number is not known, but I know of 7900 images. The stamps were issued in sheets of 25 each, which were numbered, but the stamps itself were not numbered.

The sheets were not always properly perforated, resulting in a number of different formats for the stamps. The actual format should be 4x5.5 cm, but can differ up to 1 cm in width.

The stamps could be glued on pages, which were then kept in boxes, see image above.

An example of a sheet : 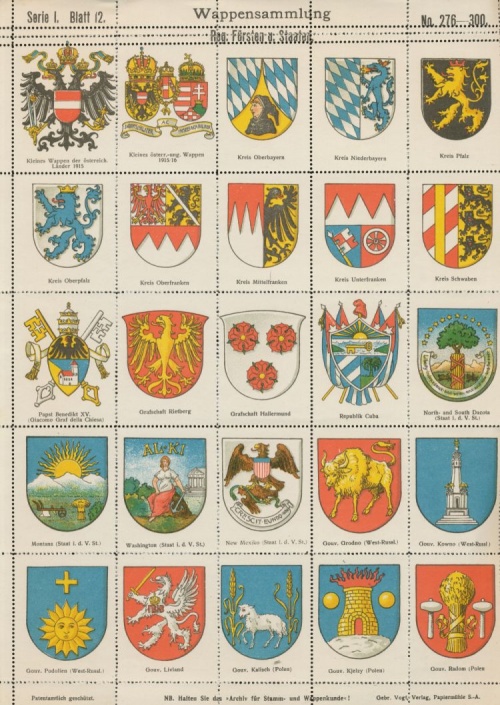 The company also issued indexes, normally per 1000 arms per section. The indexes have quite a number of mistakes in the numbering though. The best numbering is by the sheets themselves.

The actual date of issue is not clear. The first advertisement I know of dates from 1900, see image below, where already 1350 arms have been printed. The index 1-1000 of the city arms (Section 2) is dated 1913. But most index booklets are not dated. 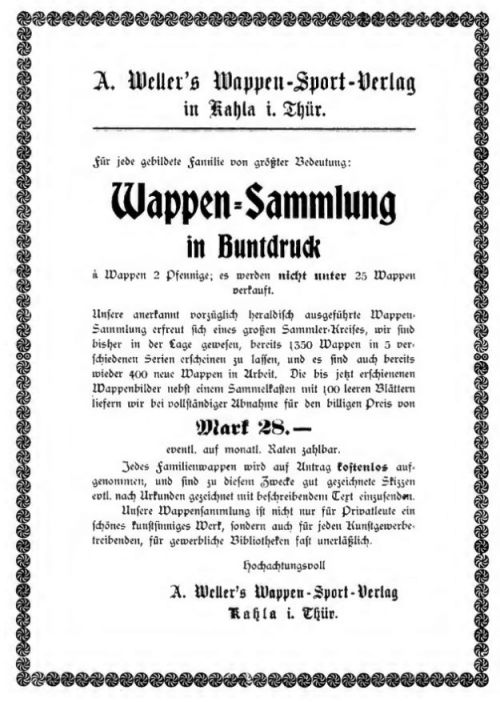 Early 1900 the box and 100 empty sheets for the collection costed 28 Mark (see image above). 28 Mark in 1900 is the equivalent of around 200 Euro in 2018, so a rather expensive book. Especially as at least 2 boxes were needed for the whole collection. The book could also be paid in monthly terms as stated in the ad.

In a second advertisement (September 1900) the price has increased to 30 M for the box. It is also stated that the stamps are 2 pf. but can only be sold in sheets of 25.Sheets could be bought at the publisher, I do not know if they were for sale elsewhere. 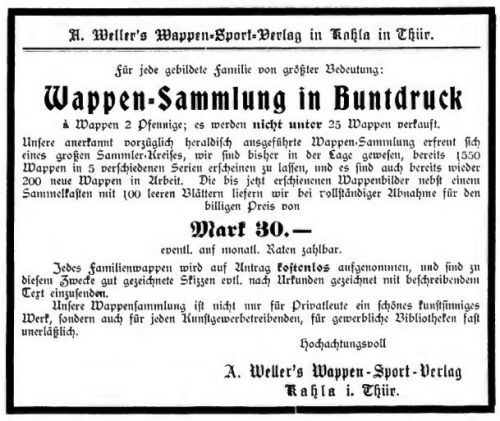 A third Christmas advertisement from 1900 indicates which series have been published at the time. The whole set of 1750 arms plus box was now 39 Mark, but as an action only 29. 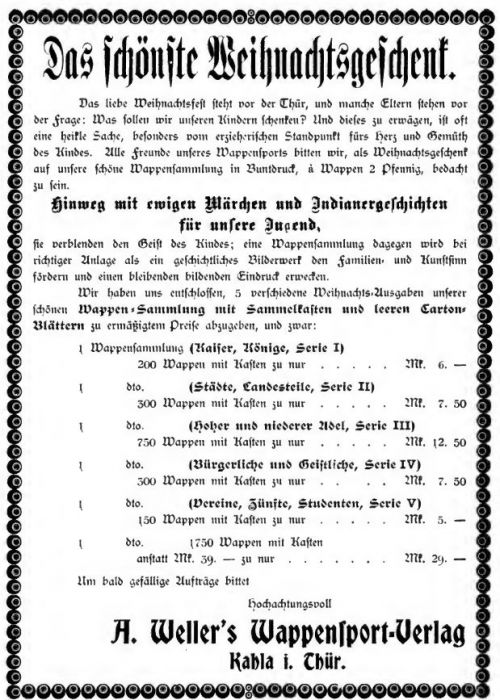 On a few sheets the silver and gold were printed in a metallic look, see text below, but this practice was not continued.

I have no idea how many were issued. I have based the numbers shown here on the largest numbers I have seen on sheets (mainly in auction sites).