From Heraldry of the World
Your site history : Waterloo (Belgium)
Jump to navigation Jump to search 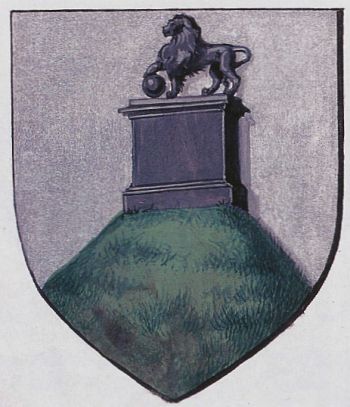 The arms show the monument built near the city as a memory to the famous battle of Waterloo on June 18, 1815, in which Napoleon was defeated by Wellington and Blücher. It has been said that the size of the hill is scaled to the amount of soldiers that died that day and then piled on top of each other..