From Heraldry of the World
Your site history : Werther
Jump to navigation Jump to search 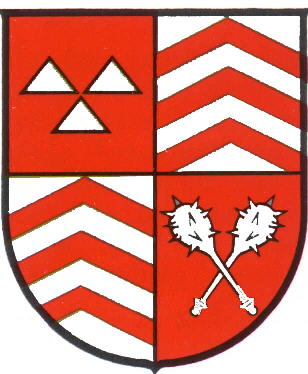 The arms are a combination of the oldest city arms, see below and the arms of the Amt Werther, to which most of the other villages belonged. The new arms show in the second and third quarter the Ravensberg arms and in the fourth the arms of the Von Cappel family.

The previous arms were granted in 1938. 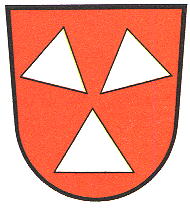 These arms show three diamonds, derived from the arms of the medieval family Von Werther (or Edessen). As no colours were known, the colours of Ravensberg were used.

The first arms were granted in 1719 at the same time as the city rights, by King Friedrich Wilhelm I of Preussen. 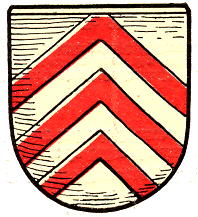 These arms showed the arms of the Counts of Ravensberg (3 chevrons), as the town belonged to the County Ravensberg for many centuries.