From Heraldry of the World
Your site history : Achim > Special:Search > Wittmund
Jump to navigation Jump to search 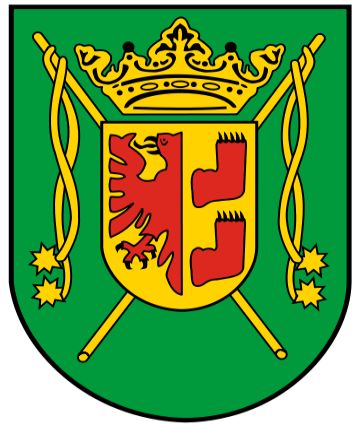 The arms were officially granted in 1930, but in different colours, see image below. 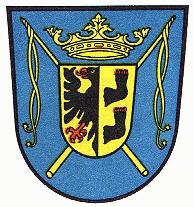 The arms are based on the oldest known seal of the city, dating from 1540. The eagle is most likely derived from the arms of the Tom Brook family, who ruled the area until 1420. The two bear claws are derived from the arms of the Attena family, who acquired the town in 1457. The two whips were used by the Attena family as a symbol for the city, and were also used as the only symbol on the seals of the city for some time.